He is Cameroonian as well as Eto’o, plays as an attacker and could be the next world soccer star.

During the last years a lot of top talented players had risen and show soccer world great skills that could set him as the top ones of the future. The most emblematic case is the one of Kylian Mbappé, French attacker who is already a World Champion at the age of 21. But there is also a new generation showing off of younger players.

One of those who may mark an era soon is Youssoufa Moukoko, a Cameroonian attacker nationalized German who is called the new Samuel Eto’o. With just 16 years old he has broken some of the records that Lionel Messi himself has, of scoring and playing games since very young.

On his first game from the start, Dortmund defeated Werder Bremen 2-1 on Bundesliga Week 12 with goals from Raphael Guerreiro and Marco Reus. The left-footed attacker formed at FC St. Pauli has a contract until June 2022 and his actual reported value, according to specialized website Transfermarkt, arrives to $10 million. 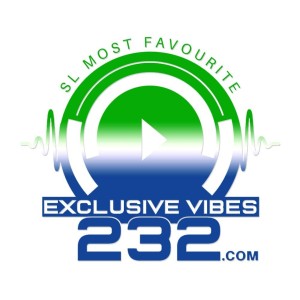 Official blogger of Exclusivibe232.com, Nat Pablo Contact him on WhatsApp +23275272830 or exclusivevibes232@gmail.com for a massive promo deal.

Cristiano Ronaldo: I promised to be always looking for more and more!

OFFICIAL; Sierra Leone has been drawn in group E alongside Algeria, Equatorial Guinea and Ivory Coast.

NEW VIDEO OF THE MOMENT